The Head of Department, University Relations Office and Media (URO/Media), University of Education, Winneba (UEW), Dr. Obaapanin Oforiwaa Adu has been appointed as a member of the Gender Technical Working Group of the Ministry of Education (MoE).

She is among the 30-member committee tasked to conduct a review of the existing Education Sector Gender Policy to reflect current issues in the Education Strategic Plan (ESP 2018-2030), and ensure mainstreamed, inclusion and safeguarding into policies and programmes.

The committee is also expected to provide technical advice on any other related gender issues such as the need to engender the curriculum to make it more gender friendly for teachers to use and also make recommendations to the Ministry for implementation.

The team is charged to produce a Gender Policy that digresses from the system of promoting and endorsing the status quo of presenting stereotypical images in textbooks for pupils. The committee is to design an all-inclusive policy which will ensure that the classroom is welcoming to everybody both males, females and also the marginally excluded.

The 30 appointees were inaugurated on Wednesday, 11th August 2021, as a committee by the Deputy Minister of Education and Member of Parliament for Abuakwa North, Hon. Gifty Twum-Ampofo at the AH Hotel, East Legon in Accra. They were given their terms of reference to guide them to commence work. 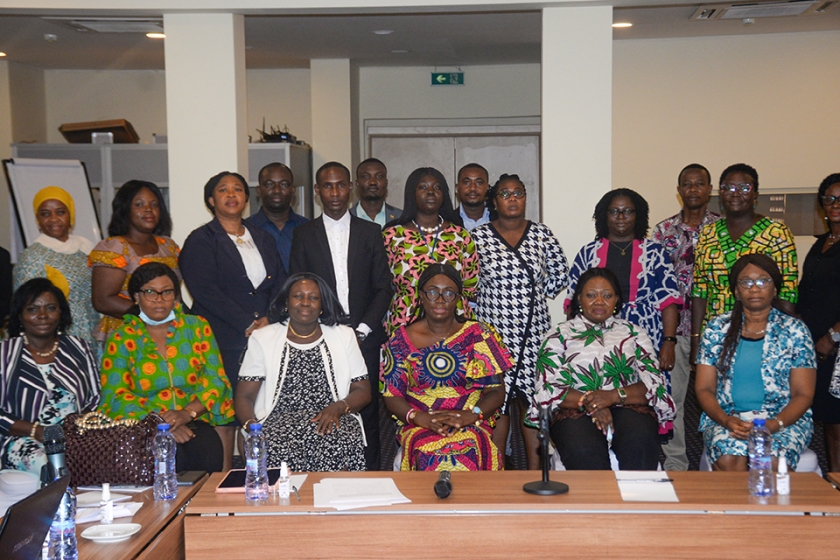 The Minister, in her inaugural speech, charged the 30-member committee to bring to bear their expertise on gender and development to ensure that the Ministry becomes pragmatic and effective with regards to gender issues. “In Ghana, there are various gender gaps. The unfortunate gaps are in the areas of education. I therefore, entreat you to develop a very realistic policy on gender for the progress of the Ministry and the nation as whole.

In an interview with Dr. Obaapanin Adu Oforiwaa about her national appointment, she expressed her excitement and elation to be given that national assignment. “This appointment is undoubtedly, an honour and a genuine recognition of contributions brought to bare through my efforts towards gender activism over the last couple of years. As a gender scholar-advocate, with international exposure on gender equality, equity and social justice as well as a vast work experience in the women's organisations, civil society organisations (CSO), the appointment comes as a surprise but not a huge one. Throughout my professional career, I have worked in this field spanning a period of about two (2) decades and it does appear that  it’s reached a point where my work has been recognised and my expertise is needed at the national level.”

The Head of URO/Media added that “so, this is a huge responsibility, a charge and a challenge to make an impact on gender equality and social inclusion at the national level.  As I do this work, I also expect to raise high the flag of the University of Education, Winneba (UEW) who are my employers and have supported me to get to this level. My doctoral scholarship by UEW, offered me the opportunity to leverage on my professional experience to widen my epistemological orientations on gender and development as peculiar to education within the African context. I pray for God’s guidance and strength to be able to execute this assignment to its fullness”.

Dr. Obaapanin Adu joined UEW as a gender person where she worked with the then Deputy Registrar at the hitherto Gender Unit now the Gender Mainstreaming Directorate. They built the Unit up to a Directorate status.

Through their efforts, they won a number of grants for the University, including two successive grants of $500,000 and $514, 000 respectively from the Carnegie Corporation of New York in respect of gender mainstreaming initiatives at UEW, where two top-level Senior Lecturers of UEW were beneficiaries. Additionally, they won grants from Vodafone Ghana and Pent Wealth and Assets for Scholarships for female undergraduate students. They also established a Mentoring Programme for the women in the University.

Dr. Obaapanin and her boss then, were able to get UEW an anti-sexual harassment policy, and gender policy which has since put the University on a higher pedestal as far as Gender Mainstreaming is concerned.