The College of Technology Education, Kumasi (COLTEK) of the University of Education, Winneba (UEW) was the centre of attraction on Saturday, 7th October, 2018 as it hosted the University’s Annual Inter-Hall Cross Country competition.

A total of 150 athletes comprising 80 females and 70 males from all eight Halls of the University participated in the one-day event that was used to select a team to represent UEW at the upcoming Ghana University Sports Association (GUSA) Cross Country competition, later this month at the University of Professional Studies, Accra (UPSA).

Female competitors in a swift take-off

The Halls are Aggrey (Female Hall), Ghartey, Simpa, and University Hall, all in Winneba; Autonomy, Atwima and Opoku Ware Halls in Kumasi; Amaniampong Hall in Asante Mampong and Ajumako Hall in Ajumako.

The competition was governed by the International Association of Athletics Federations (IAAF) and national rules. It also required each Hall to send ten female and ten male representatives except Aggrey Hall that sent only ten females. Athletes covered a distance of 1.5 Kilometers within a loop, a system that is acceptable by IAAF standards. At the end of the competition, the first ten from each of the men and women events were selected to start preparations towards the GUSA competition. 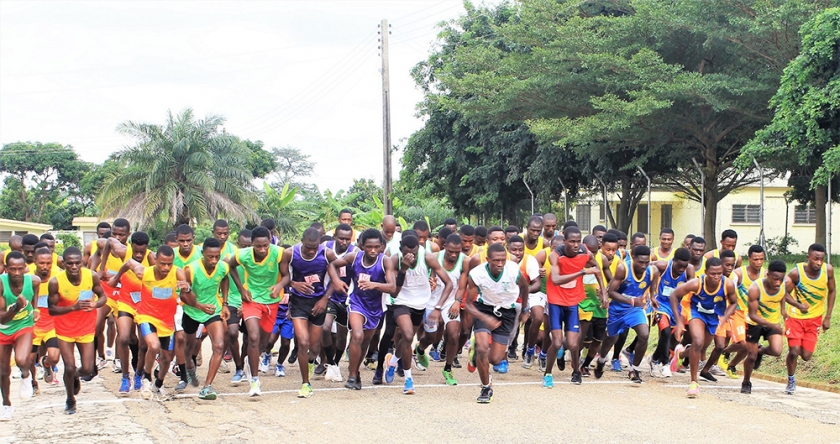 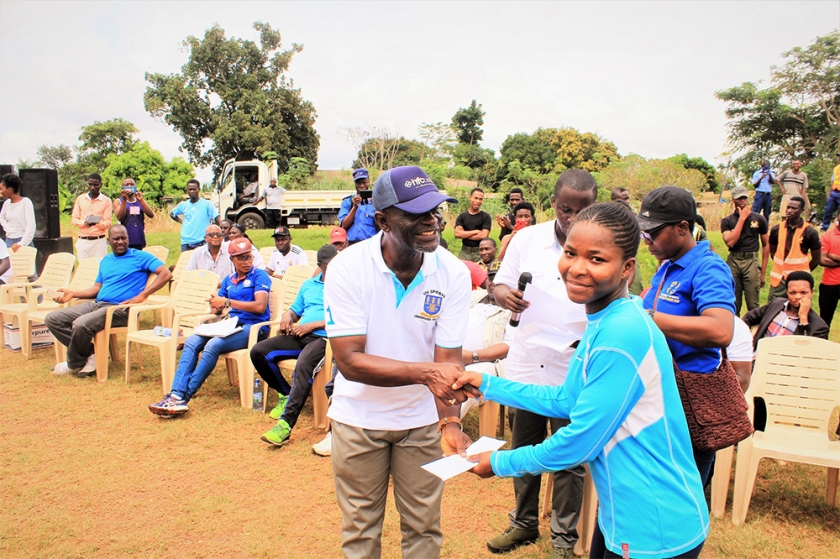 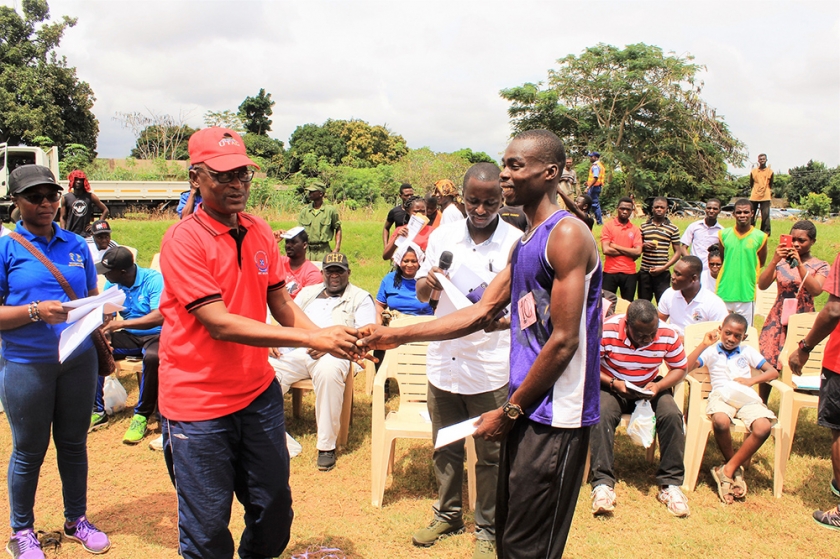 In his Opening Remarks, the Acting Principal of COLTEK, Prof. Frederick K. Sarfo encouraged the athletes to ensure fairness but compete with zest in order to make the cut into the University’s team. He emphasised on all arrangements including adequate security and medical staff that had been made to guarantee the success of the competition. 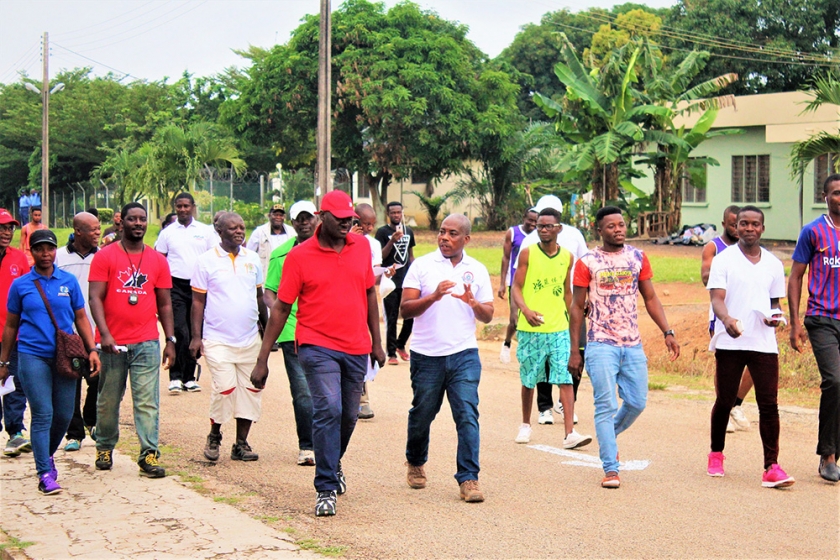 Acting Principal of COLTEK, (front-second from left) Prof. Frederick K. Sarfo on a brisk healthy walk with some staff and students of UEW

Later at the end of the competition, the Head of Department for University Relations at COLTEK, Mr. Michael Kofi Twum-Ampomah represented the Acting Principal to draw down the curtains on what had become a very successful event. He commended the athletes for availing themselves for the competition and hoped that others might take a cue from their gesture and help to lift higher the name of the University.

He encouraged the 20 finalists selected into the University team to commit themselves to training harder in order to win laurels for the University during the GUSA games and asked all others not to despair for not winning but see their participation as a good way to keep healthy.

Meanwhile, the Chief Coach at COLTEK, Mr. Julius Baba Apidogo expressed happiness about the high level of the competition and envisaged the chances of UEW doing better at the 2020 GUSA competition. 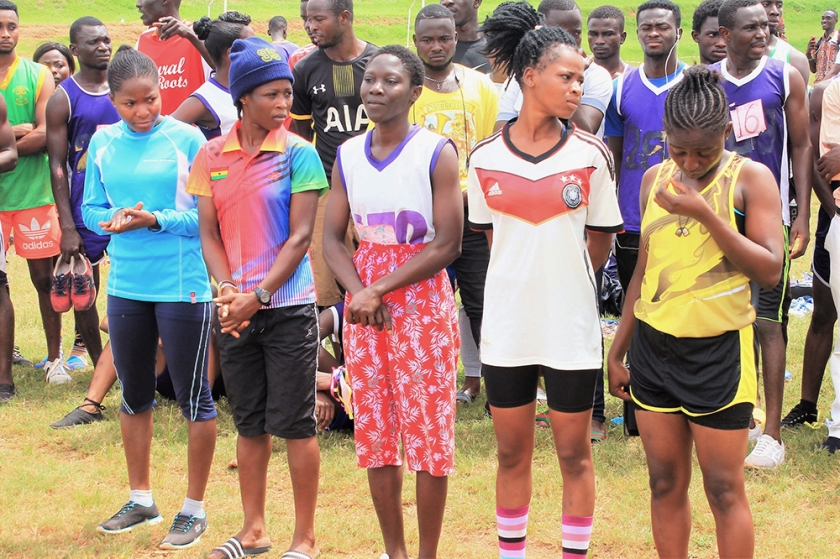 A group photograph of the best five female competitors 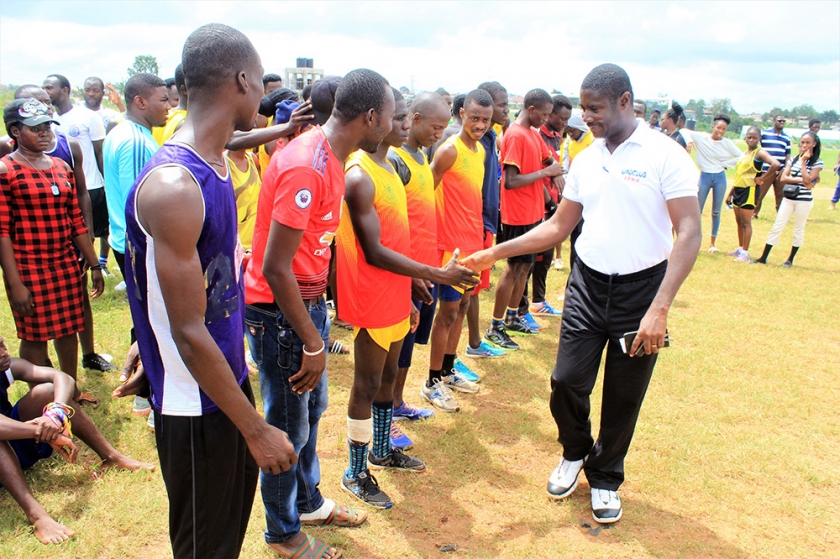 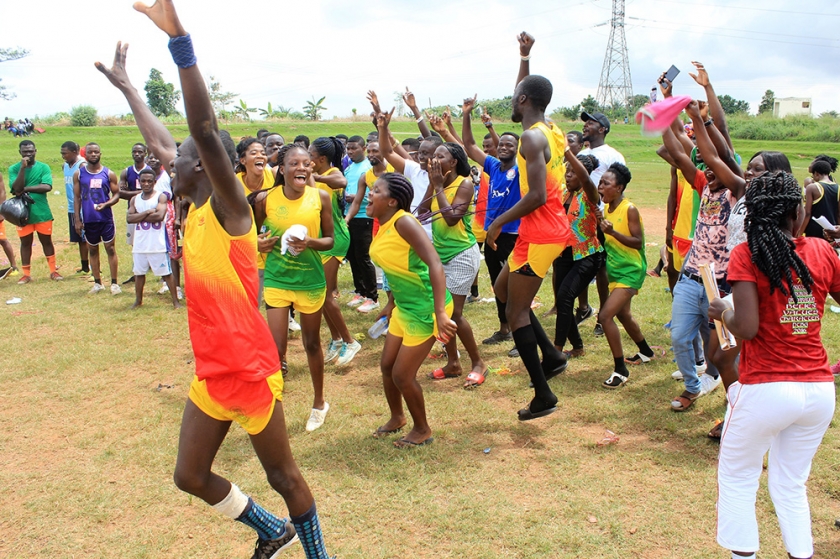 Atheletes in a jubilant mood