Ghana: The Autobiography of Kwame Nkrumah 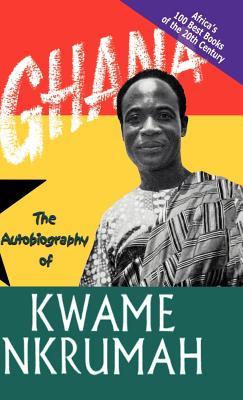 The beginning of the book talks about Kwame Nkrumah’s birth and early childhood. During this era, there were no registrations for birth and death as there are today, and so he did not know exactly when he was born, although he was able to make a good guess from the events that occurred before and during his birth. Therefore he settled on the date of Saturday, 18th of September, 1909. He was born in the village of Nkroful in Nzima on Saturday September 1909. Though, it was not clear as how dates of birth, marriages and deaths were recorded. But it was enough for a mother to determine and asses the age of her child. For the dates of birth of Nkrumah it was calculated by the number of national festivals celebrated since his birth, such national festival of Nzima called Kuntum.He lived in Nkroful with his mother about three years before they left to join his father who was a gold smith at Half Assini.
He spent eight years in elementary school and became a pupil teacher after his completion at the age of 17years. When continuing his education in the training college on 1927, he lost his father that same year. The sudden death of his father made things difficult in terms of finances, but with all these hardship he managed to graduate from the college on 1930. He was lucky to be given a job as a primary school teacher at the Roman catholic junior school at Elmina where he taught lower class one. He also had the opportunity to teach at the Roman Catholic seminary at Amissano near Elmina.
After having pass through economic hardship, he tried to further his education abroad, during his sailing to abroad, he first sailed from takoradi to Liverpool before later to the united state of America. During all these moments he mets many friends, who motivated him to his focus. During his school days abroad, he was lucky to be awarded a schorlaship since he was rated among the grade one and grade two students.
During these days he was made an assistant lecturer. At the same year he gained an admission to Lincoln theological seminary to continue his studies in philosophy. He graduated from the seminary at Lincoln with a bachelor of theology degree in 1942. This same year matched his luckiest days as he again received his masters of science degree in education from the university of Pennsylvania.
As he got broke economically in America, which made him entered in to so many ad-hoc jobs of which include; wholesaler of fish, and poultries, worker in a soap factory, worked at the sea in a ship as a dish washer/cleaner, etc, as life was so hard that even most naitive Americans sometimes pick scrap food from out of dustbin. In all these hard times, he held on fast to his Christian life as he was one day given a work by the Presbyterian church to carry out an intensive survey of the negro from religious, social and economic standpoint. He enjoyed this work as it took him to over 600 negro homes in Philadelphia along many other towns in German.
While he was at the university of Pennsylvania, he helped set an African studies section, and also organized the African student association America and Canada . where he manage to arrange things where by both students and Africans who engage other works in the country. By his effort , he was made the president of the association and was assisted by Ako Adjei, a minister of interior doing the government of Dr.Kwame Nkrumah and Jones Quartey. One of his achievement was the publication of the association official news paper , called African Interpreter. The idea of the west African unity,was the philosophy of the association. With this he develop the idea that, Africans should be free from colonialism. He was brought into contact with organizations like, Council of Africans Affairs, the committee of on African students, the special research council of the national association for the advancement of coloured people and the urban league. As he develop the idea of Afracans independence, he wrote a pamphlet entiteled